Unpacking 2020 - The Role of Emotions

I commonly hear people refer to emotions as being either good or bad. In TCM, emotions are viewed as a way to process and navigate the world around us and as such, when in balance and used appropriately, they can be neither good nor bad, they just are.

Without them, our experiences in the world can become confused, misplaced, and misguided. It's at this point that I often hear people retort: "But how can emotions like anger and fear possibly be of benefit?" Simple. Without anger, change will not be generated; without fear, we lack the ability to recognize that preparation and exploration are necessary.

Change and preparation are both healthy behaviours when guided appropriately. Most of the negative outcomes that arise out of anger and fear occur because the necessary change does not happen (so you remain angry, frustrated, and eventually resentful) or have been unable to explore/learn about your new environment and lack preparation (fear).

In TCM, there is something known as the 5 Element Theory. It's a group of 5 categories everything in life falls into. In regards to the human body, it covers everything from organs to channels, to emotions, and demonstrates how each is connected to the whole. When in balance, each element is generated/supported by an element and is kept in check by another. These are known as the generating and control cycles.

Instead of trying to unpack the events of 2020 (where would one even begin...) I want to focus on the emotions that highlighted the past year. When the pandemic first hit, fear was the dominant emotion, with many different angles. People were afraid of the unknowns of this novel virus and how it would affect their health. People were afraid of job security, income security, food security, relationship security, that the government was trying to control them, and more.

No matter what the angle was of trying to process this global event, fear was at the root. The combination of lack of information and misinformation has dragged out this fear response for over a year now. We have been stuck in fear for a long time and this has put us out of balance.

How does fear fit into the TCM view of the movement and processing of emotions based on the 5 elements? Considering the generating and control cycles we can see the huge loss of life and lifestyle that has occurred over the past year (sadness/grief) has only added fuel to our fear.

All the fear and uncertainty with no security of a timeline to return to normalcy has created an excess and stagnancy within this emotion. An excess of stagnant fear can over-generate anger. Remember, anger is a healthy emotion because it lets us know that something needs to change. But what if we are in a time when that change (treatment, vaccine, government policy) cannot happen fast enough? Have you noticed how quick to anger people are these days? How frustrated we all feel? How resentment towards other people is rising? We all need something to change but are stuck.

Recognizing that people's anger is rooted in fear creates space for how we personally respond to our daily experiences. Reacting to someone else's behaviour with anger will not de-escalate a situation. When afraid, the last thing anyone wants is to be responded to with anger. Instead, recognize that their behaviour is likely rooted in fear and is being fueled by the sadness and grief that we are all experiencing right now.

Calm the knee jerk reaction of anger that can instantly fill you and approach with kindness. If it's not possible to approach someone that has a different angle of fear than you with kindness, try being kind to yourself instead. Some people are so rooted in their personal processing of fear that changing their minds won't happen, getting angry at them won't help either.

Eventually, the change that is needed will come and joy will flow back into our lives. For now, do as Dr. Henry says: Be kind, be calm, be safe. 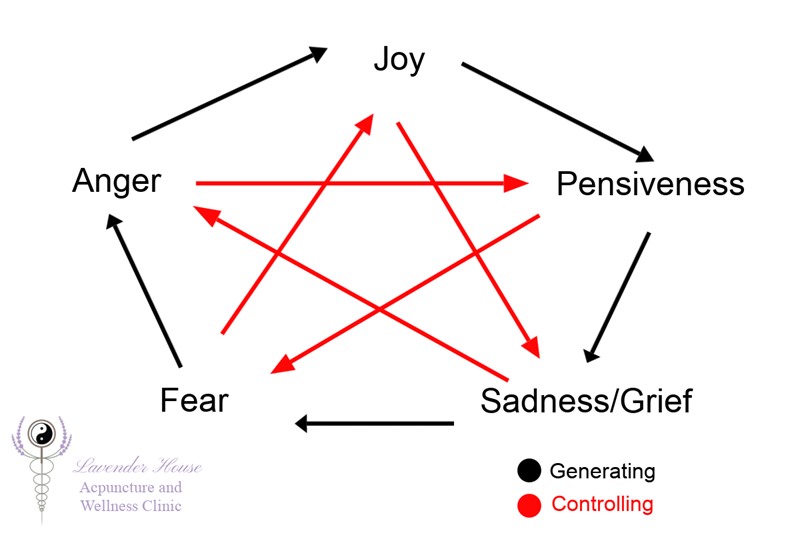