This past Christmas I decided to support my colleagues as much as possible. 2020 was a rough year and I wanted to support local to help us all get through this. I didn't expect it to result in a complete change in my relationship with coffee.

I was a daily coffee drinker for decades. That makes for a pretty solid lifestyle habit. I drank 1-2 cups a day, typically strong Americanos. I enjoyed the bitterness of its flavour and appreciated the pick-up in energy it provided. However, with the pick-up comes the crash down. I would be left with fatigue and this often motivated that second cup.

Over time, I was using coffee to keep up with the demands of work and my daily routines. Where this becomes a negative double whammy for health is that overwork causes adrenal fatigue and consuming coffee results in adrenal fatigue as well. The beverage I was using to help me get through the workload was also contributing to my overall fatigue.

Short term gain for long term pain is not sustainable. I've tried coffee alternatives in the past and they never amounted to a real alternative for me, until now.

Raven Roast is a coffee alternative made by a professional herbalist and acupuncturist in the Slocan Valley, BC. It has been designed to taste similar to coffee, helps to restore the nervous system for more sustained energy and better rest. It is less acidic than coffee, helps to regulate digestion, and contains prebiotic herbs for promoting a healthy gut flora. It comes in caffeinated (Mocha Mate) and decaffeinated (Cocoa Ramon) versions.

Ramon Nut: a sustainably grown fruit see from Latin America that has a rich chocolatey coffee flavour. It is full of trace minerals and Theobromine which helps with nervous system health, pH balancing, reduces inflammation and increases energy levels. It is not a true nut so it does not pose a nut allergy risk.

Dandelion Root: has a long history of being used as a coffee alternative for its bitter and earthy taste. It is used as a digestive aid, liver cleanser, and a prebiotic for feeding a healthy gut flora.

Cocoa: better known as chocolate when prepared with sugar, this herb on its own has many health benefits. It can reduce blood pressure, improves neurological health, regulates blood sugar, and helps to relieve bronchial asthma.

Chicory: This herb was often used as a filler for coffee when supplies were low. It is a bitter herb that aids digestion and prevents constipation. It also contains Inulin which is a good prebiotic for feeding gut flora.

Ashwagandha: an adaptogenic herb that effectively reduces cortisol levels which are responsible for adrenal fatigue, stress, and anxiety. It has also been shown to improve brain function, lower blood sugar levels, and helps with digestion. In addition, it has been shown to improve energy levels and build muscle mass.

Licorice: has a long history of use in Traditional Chinese Medicine as a herb that soothes gastrointestinal inflammation, reduces adrenal fatigue, and harmonizes the other herbs in the formula.

Yerba Mate: used as the source of caffeine in the caffeinated Mocha Mate version of Raven Roast. It is a stimulating antioxidant herb that naturally contains caffeine. It is known to be energizing without giving any of the jitters that commonly come with coffee. Yerba Mate also doesn't cause a crash later in the day and has been used as a weight-loss aid, to help prevent heart disease, and to lower cholesterol.

My Experience with Raven Roast: I admittedly got really overzealous with measuring my first cup of Raven Roast. As a result, it was quite bitter and I had to add more cream than I do with coffee to help balance it out. My first sip came with the reaction of "hmmmmm, I don't know about this..." But by the end of the cup I was enjoying it and looking forward to finding the perfect way to prepare my next cup to better suit my taste.

Since then, I have only had 3 cups of coffee during the past two months! With each cup of coffee, I actually found myself disappointed that it wasn't Raven Roast. This is a huge testament to Raven Roast, remember, I drank coffee every day for decades before this.

In the past two months, my gut health and overall energy have both improved and I look forward to my cup of Raven Roast to start my day. I no longer think of myself as a coffee drinker.

The perfect cup for me: 2tsp of Raven Roast Mocha Mate with coconut sweet cream (the little bit of sweetness that I do add really brings out the chocolate flavour)

Check out their website Raven Roast for more info.

Raven Roast is available at Lavender House, selling the 30 serving bag of Mocha Mate for $19.99 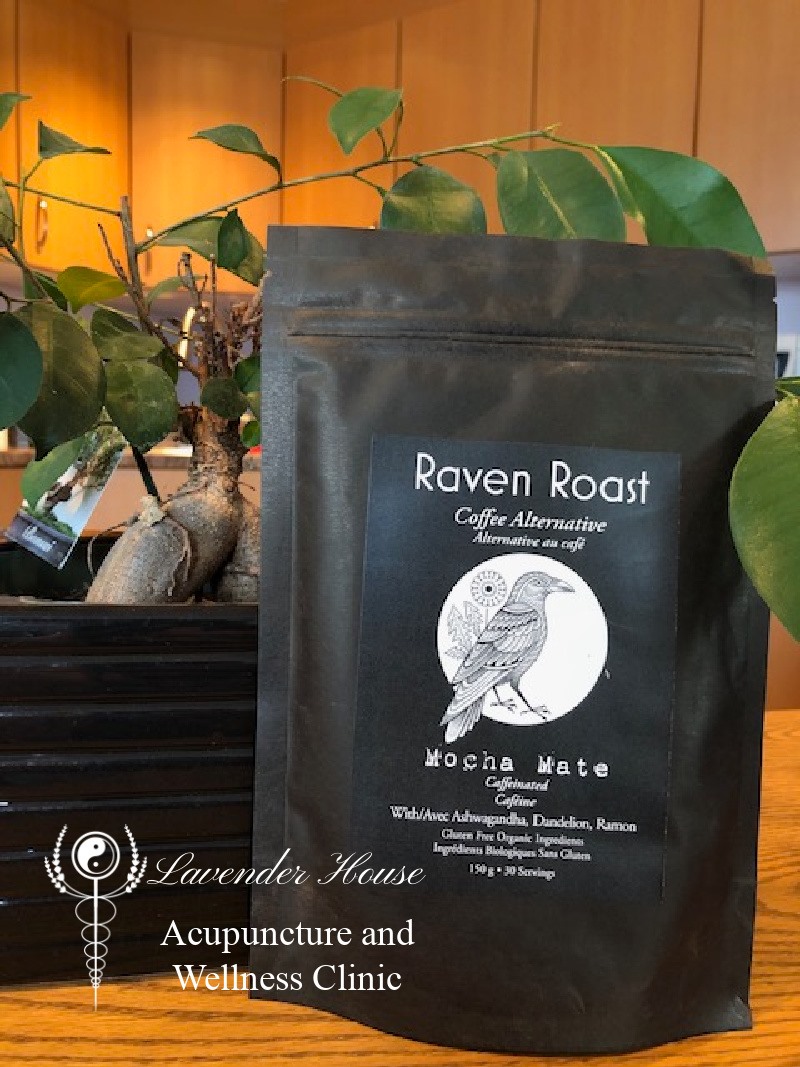